“More Tattoos. More Pussies. More Riots.” Last weekend Sasha Adler, member of the Russian protest group Pussy Riot, gets one letter of the Universal Declaration of Human Rights tattooed on her rights shoulder. Why? “It’s extremely important for people all over the world to know their rights and fight for them.”

“Ow yes! PUSSY RIOT’s Sacha joined Human Rights Tattoo. We tattooed the S of article 19 ‘Everyone has the right to freedom of opinion and expreSsion’ on her right shoulder. We feel so honoured!” 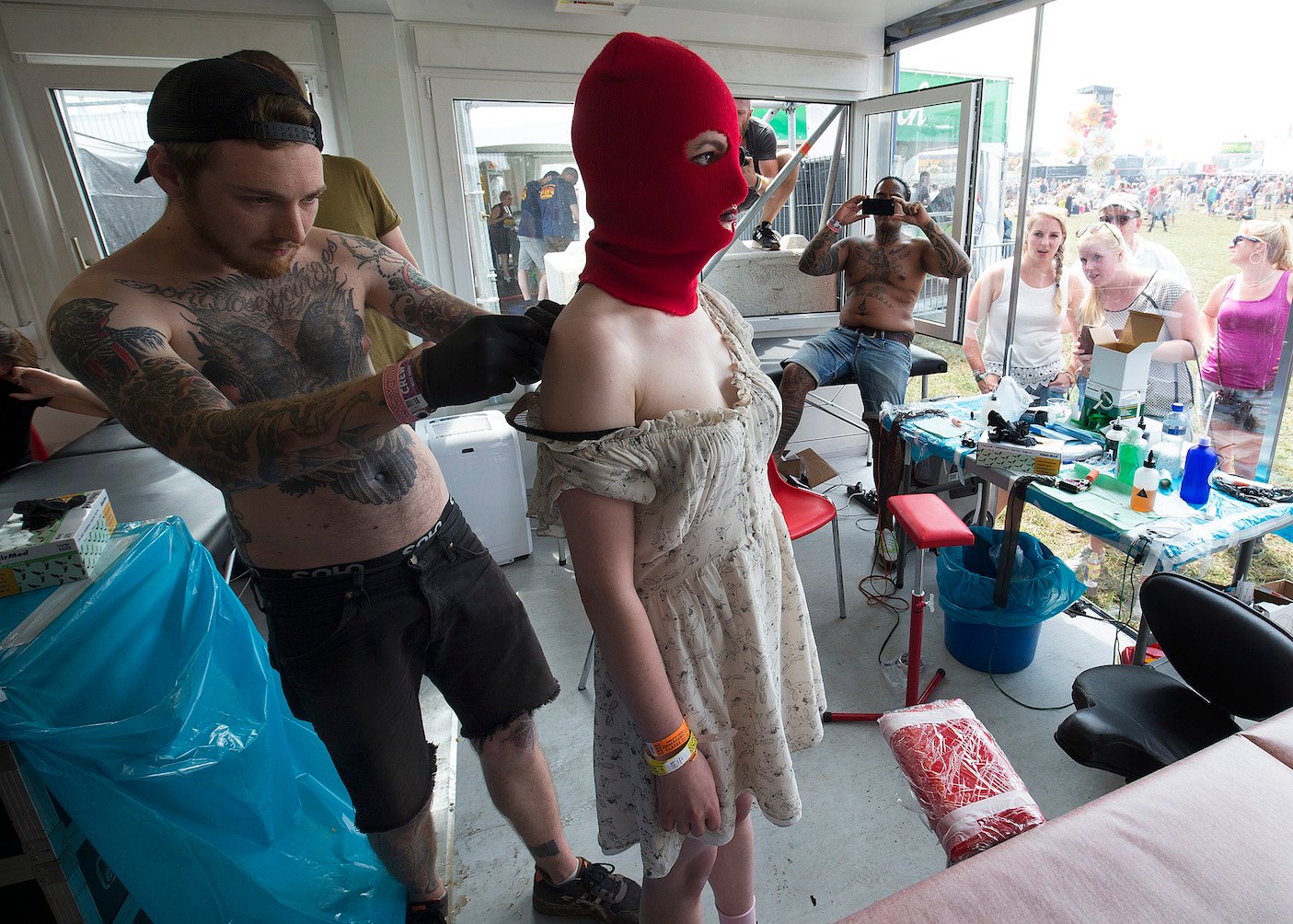 Sasha Adler got tattooed at festival Zwarte Cross in the Netherlands where Sasha and Nadezhda Tolokonnikova where special guests. In 2013 (motor cross and music) festival Zwarte Cross in the Netherlands and Amnesty International join forces and organized the ‘Naked Run For Freedom’ where 450 people ran naked to free Pussy Riot. This year they came back to the festival to celebrate there freedom and to support the case of the Russian activist Ilja Dadin. 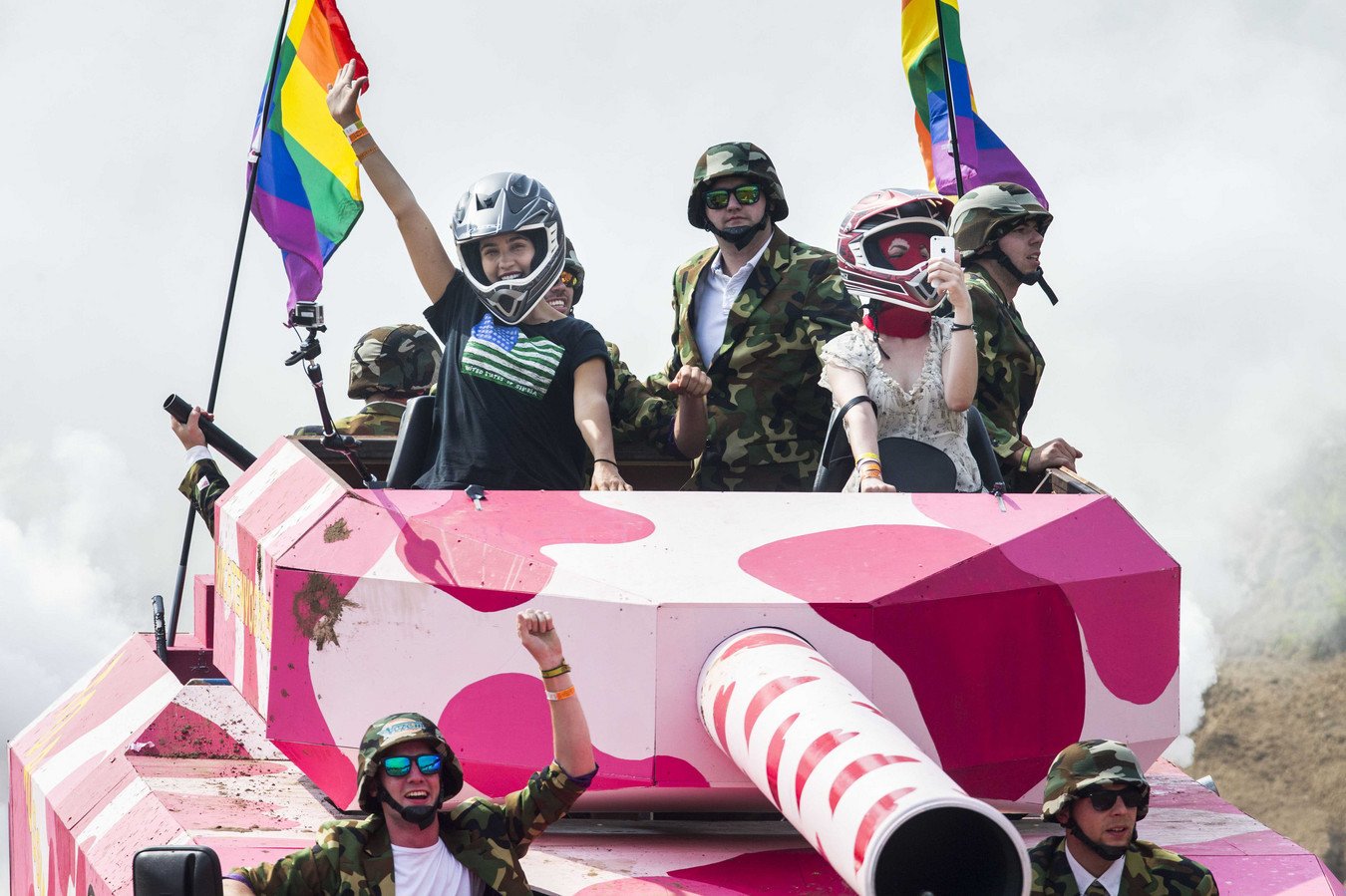 Pussy Riot was founded in 2011, but shot to greater prominence after appearing in Moscow’s Cathedral of Christ the Saviour in February 2012, to perform an obscenity-laced song called Punk Prayer which attacked the Orthodox Church’s support for President Vladimir Putin. Maria Alyokhina, Yekaterina Samutsevich and Nadezhda Tolokonnikova were arrested and charged with „hooliganism motivated by religious hatred“ and sentenced to two years in prison.