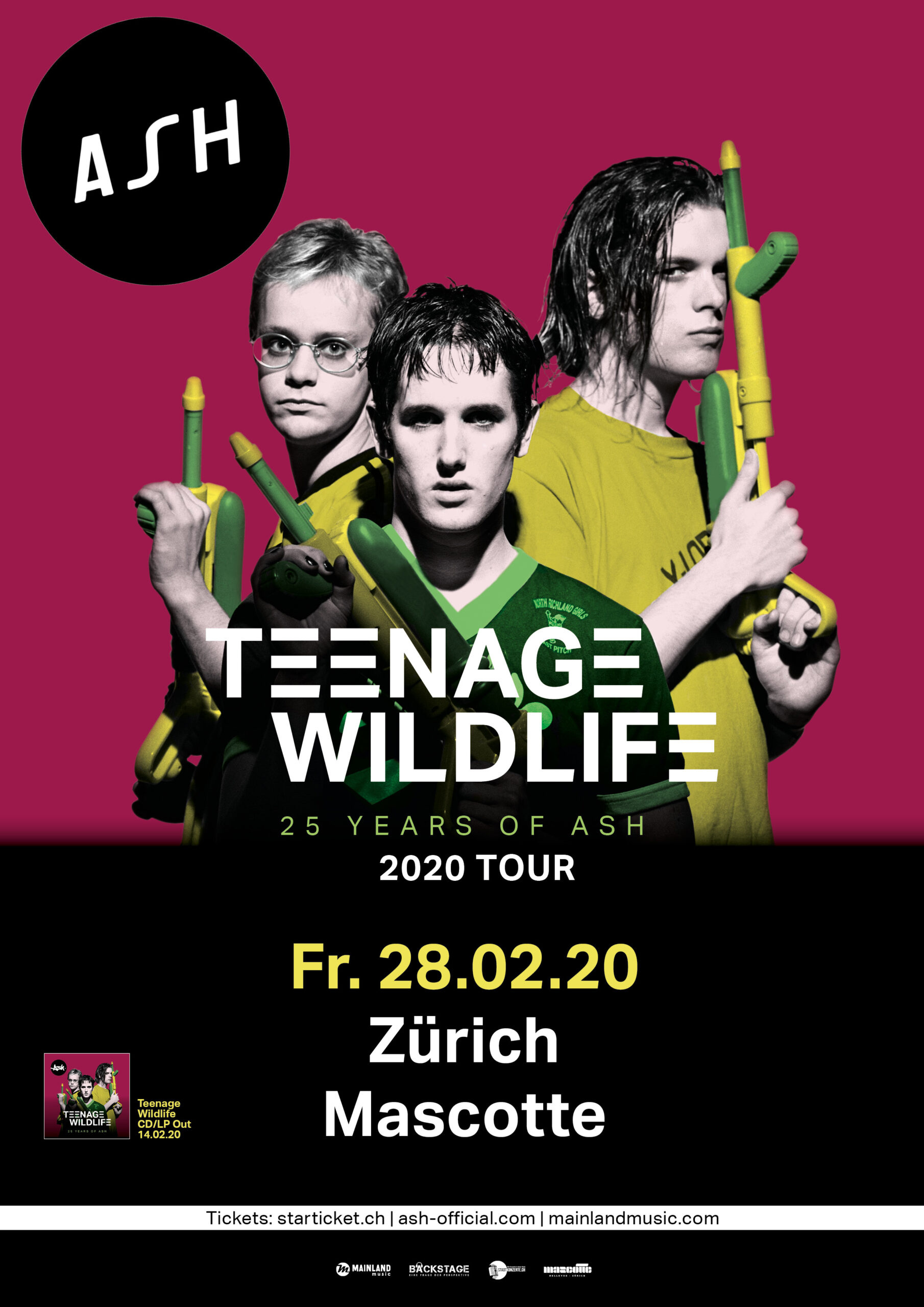 Ash is a Northern Irish pop punk and alternative rock band formed in 1992 by Tim Wheeler and Mark Hamilton, hailing from Downpatrick, Country Down, Northern Ireland.

Ash is a Northern Irish pop punk and alternative rock band formed in 1992 by Tim Wheeler and Mark Hamilton, hailing from Downpatrick, Country Down, Northern Ireland.

Before the earliest incarnation of Ash, vocalist and guitarist Tim Wheeler and bassist Mark Hamilton played in an Iron Maiden cover band entitled Vietnam in 1989. Deciding on the first word they liked in the dictionary, Ash, with the addition of drummer Rick McMurray, created three demo tapes in 1992 with the names “Solar Happy”, “Shed”, and “Home Demo”. Many of the songs which featured on Ash’s debut full-length “Trailer” had previously appeared on earlier demos including “Jack Names the Planets”, “Uncle Pat”, and “Petrol”. The release received limited airplay from BBC Radio 1 and the group subsequently released the breakthrough singles “Kung Fu”, “Girl From Mars”, and “Angel Interceptor”.

After their singles “Jack Names the Planets” and “Kung Fu” appeared on the soundtrack to the film “Angus”, the band earned a wealth of exposure in the U.S. market. The Northern Irish group released their full-length debut “1977” in 1996 on Infectious and Reprise Records. Featuring the singles “Kung Fu”, Girl From Mars” and “Goldfinger” the album was named after the birth year of two of the band members, the year of the first punk albums and the original release of Star Wars. A year later Ash recorded a live album entitled “Live at the Wireless” at the Triple J Studios in Australia.

In 1997 after touring alongside Weezer, the band invited Charlotte Hatherley on board as a second guitarist, who played one of her first gigs at the year’s V Festival. Ahead of the band’s sophomore full-length “Nu-Clear Sounds”, Ash issued the single “Jesus Says”, however years of constant touring and recording were beginning to take their toll on the group. “Nu-Clear Sounds” turned out to be a commercial and critical flop and the band returned to Wheeler’s parents’ house, where the band began, to play and find their roots once again. The trip home worked wonders for the group whose subsequent album “Free All Angels” topped the UK Albums chart in 2001. Spawning the singles “Shining Light”, “Burn Baby Burn”, “Sometimes, and “Candy”, the first of which won the Ivor Novello Award for “Best Contemporary Song”, the album introduced Ash as a staple of Brit-pop.

Continuing the sci-fi theme of “1977”, Ash’s subsequent release, the singles collection “Intergalactic Sonic 7”s” was released in September 2002. After supporting U2 on their world tour, Wheeler and Hamilton moved to New York and embarked on a six month hiatus. A year later Charlotte Hatherley announced she was leaving the group. “Twilight of the Innocents” arrived in 2007 and was claimed to be Ash’s last album, with the band focussing on singles thereafter. In 2009 Ash began the “A-Z Series”, which saw the group released a new single every two weeks for a year, until 26 had been recorded. The same year the band made appearances at Hevy Music Festival in Folkestone, and headlined the John Peel Stage at Glastonbury Festival.