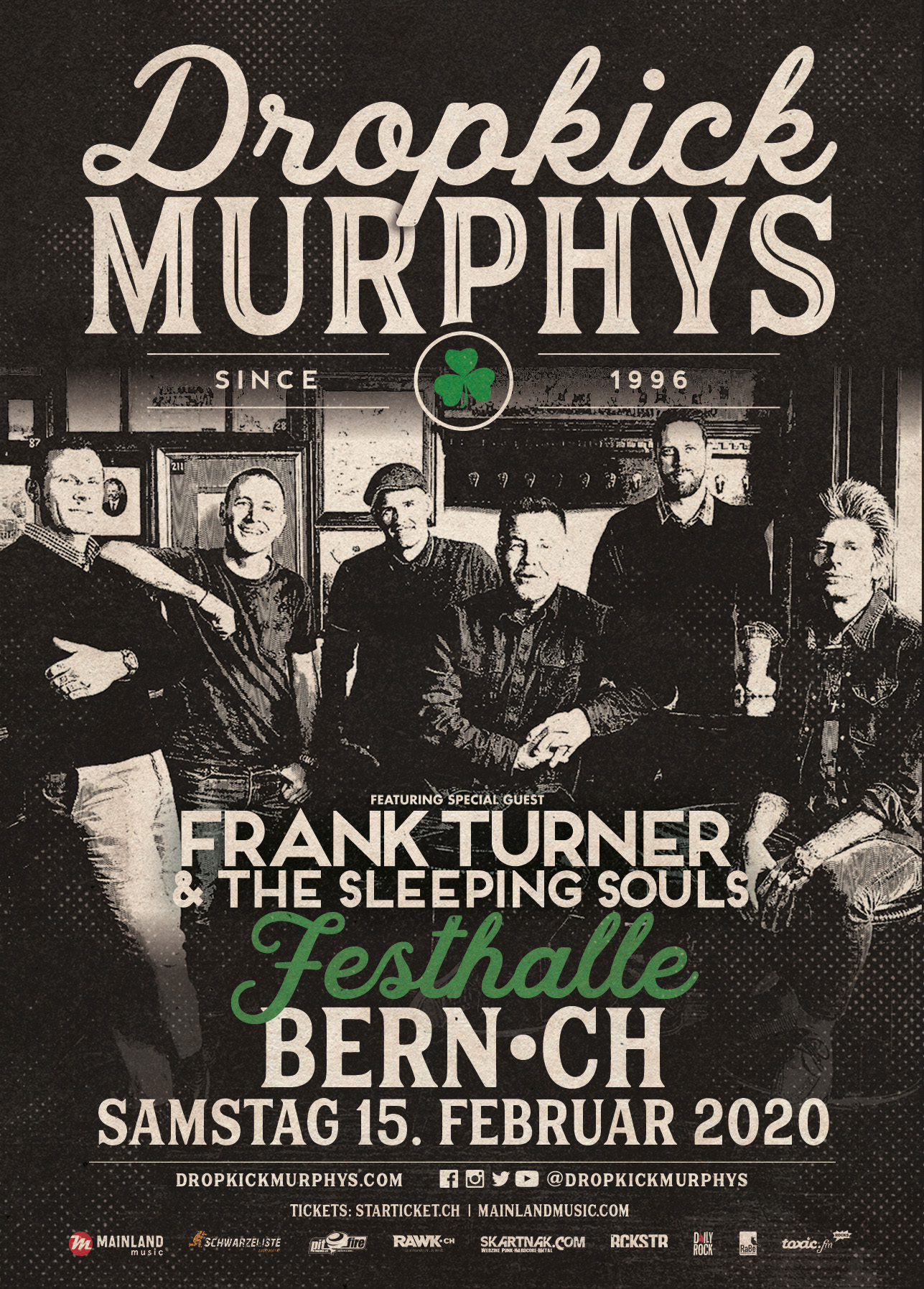 THE POWER OF YOUR EXAMPLE IS FAR GREATER THAN WHAT YOU SAY! Dropkick Murphys formed in 1996 in Boston, MA. The band was originally just a bunch

THE POWER OF YOUR EXAMPLE IS FAR GREATER THAN WHAT YOU SAY!

Dropkick Murphys formed in 1996 in Boston, MA. The band was originally just a bunch of friends looking to play music for fun. We started playing in the basement of a friend’s barbershop and our goal was to blend the musical influences we had grown up with (Punk Rock, Irish Folk, Rock, and Hardcore) into one loud, raucous, chaotic, and often out of tune mix that we could call our own.

To our surprise people seemed to like it and we began to record music and tour constantly. To date we have released numerous singles & EP’s, a live album, a DVD and nine full length albums and have had the good fortune of being able to play across a large portion of the world. We are truly grateful to the many friends and bands that have helped us out and supported us along the way in the US, Canada, Europe, U.K. Ireland, Scandinavia, Greece, and Australia as well as the many countries we look forward to playing in the next century.

The bands’ main goal is to play music that creates an all for one, one for all environment where everyone is encouraged to participate, sing along, and hopefully have a good time. In the true spirit of punk rock we view the band and the audience as one in the same; in other words our stage and our microphone are yours.

In addition to hopefully bringing people together for a good time, we hope to share some of our experiences and beliefs in working class solidarity, friendship, loyalty and self- improvement as a means to bettering society (i.e. You can preach till you’re blue in the face but if you’re lying in the gutter no one’s gonna listen. If you pick yourself up by the bootstraps and live your life to the best of your ability you may set an example that others will follow).

Thanks for the support!
Dropkick Murphys