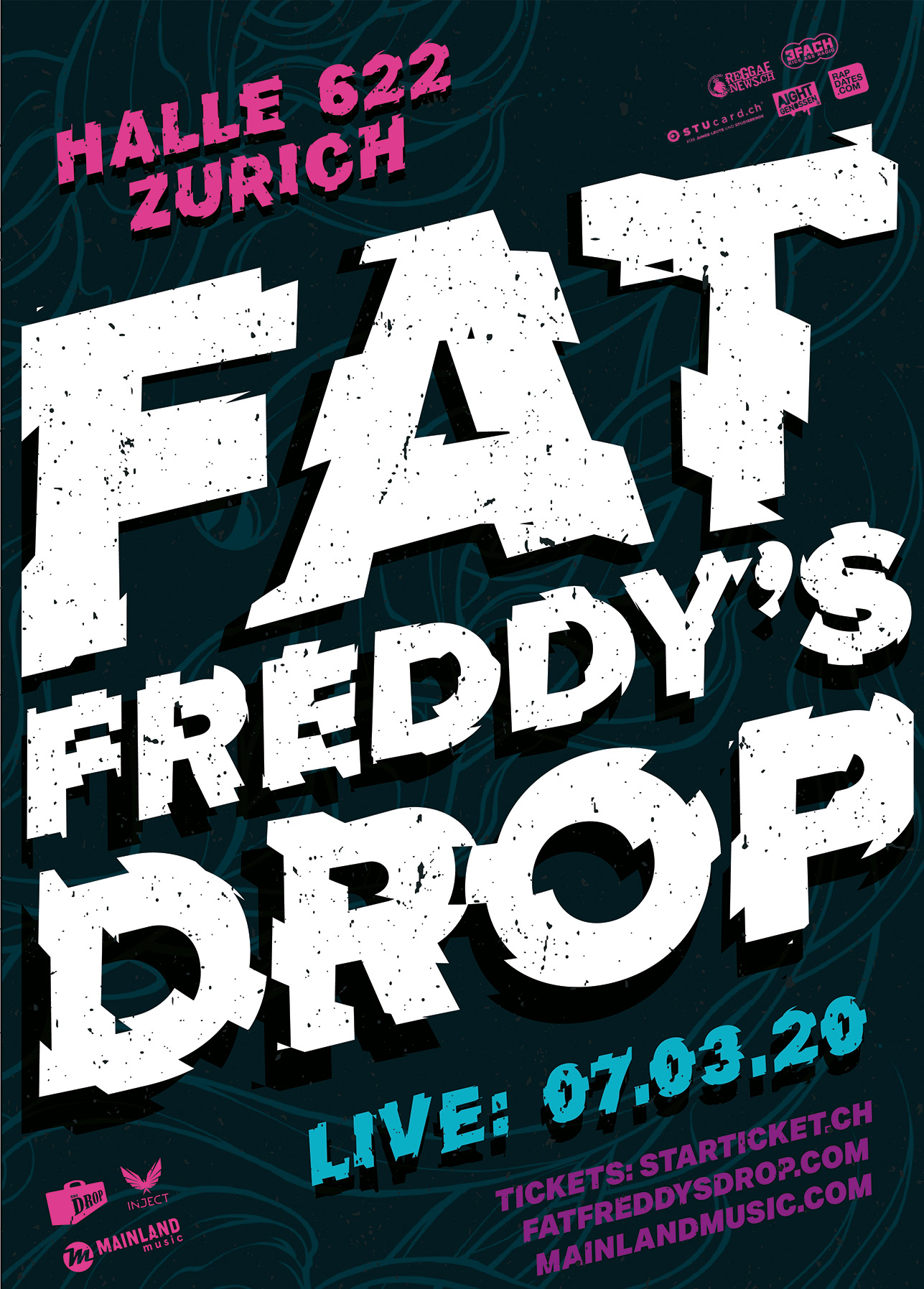 Fat Freddy’s Drop are coming back to Zurich. Anyone who has been to the sold out Volkshaus for the last time knows that the band is guaranteed to give

Fat Freddy’s Drop are coming back to Zurich. Anyone who has been to the sold out Volkshaus for the last time knows that the band is guaranteed to give us an unforgettable concert evening again. No wonder, because which band still sounds unique these days? Just. But Fat Freddy’s Drop created a sound that is exactly that. The collective around vocalist Joe Dukie pushes a rich wind fraction forward on an electronically driving scaffold of dub and reggae rhythms as rousing as relaxed, above which the unmistakable vocals unfold. In their New Zealand homeland anyway superstars, in Europe at least slowly but surely on the way there since their countless hot shows. Especially live they are a splendor, again and again.

Here is the band’s official statement:

It is with huge regret that Fat Freddy’s Drop announce the rescheduling of their UK & European shows this November.

Fitchie aka MU (Freddy’s beatmaster and producer) will be undergoing urgent hip surgery due to the increasing severity of osteoarthritis in his right hip. His current level of pain and lack of mobility make it impossible for Fitchie to travel and perform. After reluctantly facing this difficult situation, the November tour dates have been rescheduled into March & May 2020.

The Zurich, Frankfurt & Copenhagen concerts have been moved into March 2020 and the band will take to the road again in late April through May 2020. The Dusseldorf show will now take place in Cologne with only one November show, Stockholm, unable to be re-scheduled.

Original tickets purchased will remain valid for the rescheduled dates or refunds can be obtained by contacting the official ticket seller directly. Freddys appreciate that many fans will have booked travel & accommodation and sincerely apologize.

The boys are confident that Fitchie will be up and running for the NZ Summer Record Tour in January & February and that the shows will be on fire for UK & Europe in March – May 2020.

The good news is that new Freddys music is on it’s way. Nothing can keep Fitchie out of the studio.