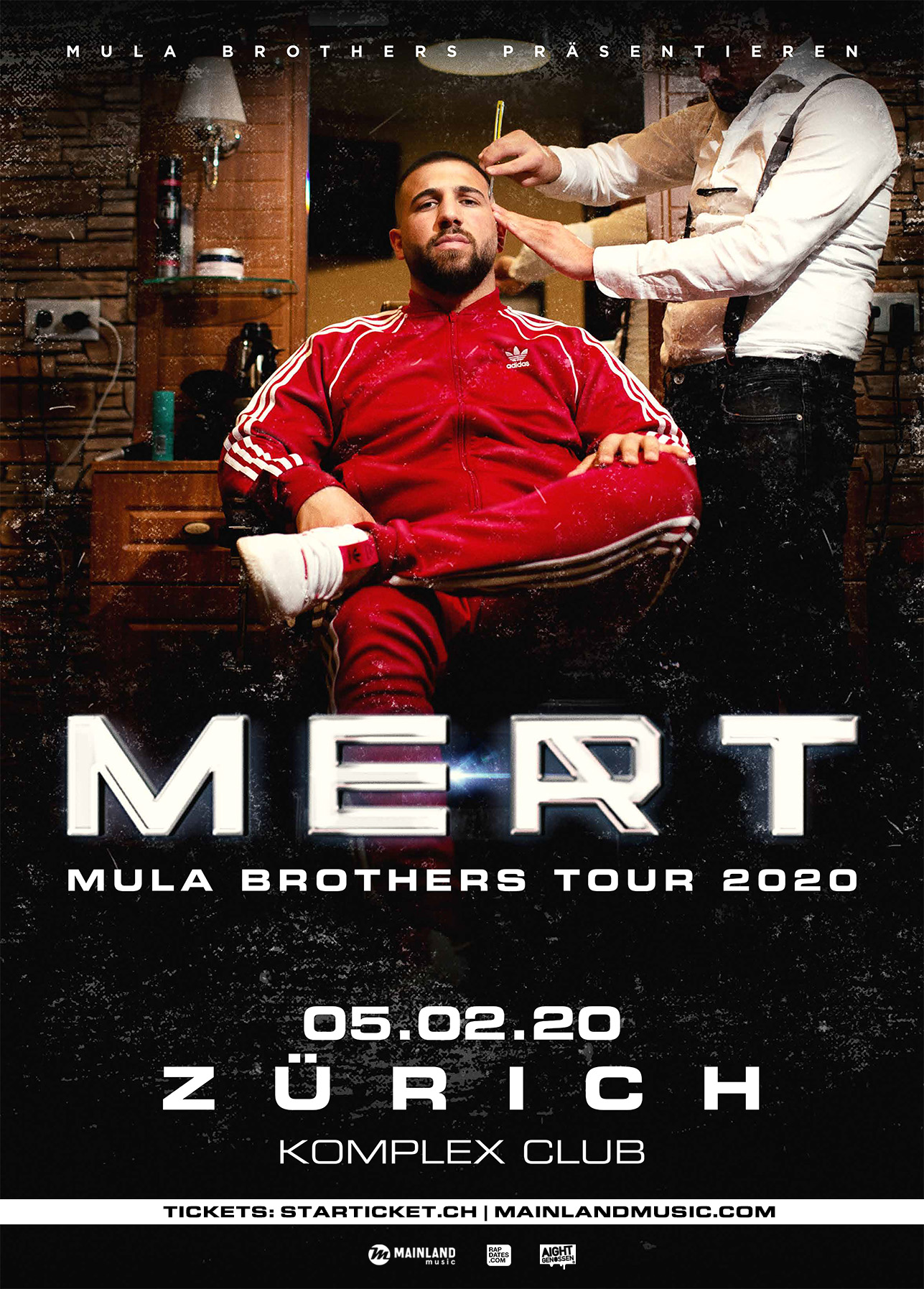 Almost 4 years ago, Mert took the perhaps biggest step of his life and announced that he would give up YouTube entirely and start his rap career immediately. As one of the biggest youtubers of the time and without much support from the rap scene, a daring step for the then 20 year old.

In the meantime, you no longer have to explain to any rap fan in Germany who that is – in 2017 the young rapper mixed up the game properly. „Boxerschnitt“ became the hymn of everyone who shares Merts‘ unabashed attitude, „Ajajaj“ with the French newcomer „Soolking“ was not only a catchy tune, but above all one of the biggest German rap hits of the year – and his album debut „is a customer König“ parked Mert directly at number 2 on the German album charts.

Resting on his laurels is out of the question for Mert.
Already in 2018, the successor to „Customer is King“ followed with „Delikanli“ and was able to build on the success of its predecessor.
Productivity is very important at Mert, so that in September 2019 the third album by Bad Pyrmonter followed with „Boxerschnitt“.
In the meantime, no one is asking whether Mert is a Youtuber or a rapper – Mert is 100% part of the scene and has meanwhile made it into a seasoned artist.