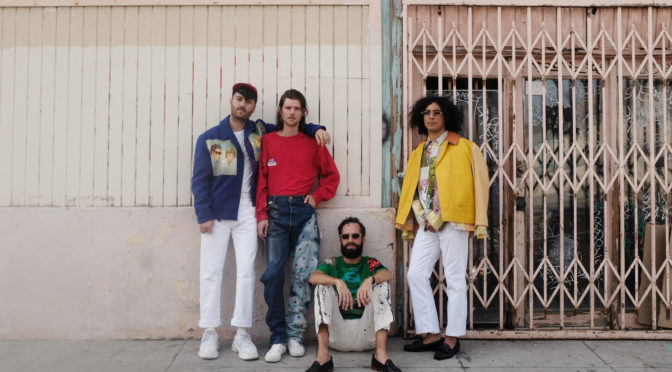 On Easter Sunday, the Australian band MIAMI HORROR comes to us in the Gare de Lion! The Australian electro-dance

On Easter Sunday, the Australian band MIAMI HORROR comes to us in the Gare de Lion!

The Australian electro-dance group Miami Horror returns to Europe with their fourth release „The Shapes“! The Shapes is a consistent conceptual publication that focuses on the fusion of music and visual art. The sound is crisp and colorful, the visuals playful and bold. While Miami Horror is usually known for its diverse sound and eclectic mix of influences, The Shapes is the freedom to focus on a particular musical direction that exists as an independent, conceptual release. The influences range from art pop and lyrical jokes from talking heads to the Caribbean kid creole and a short nod of African music. In a modern sense, it ties in with a brewing underground scene from Australian acts such as Cut Copy, Total Giovanni, Broadway Sounds & Confidence Man. The themes visually complement the project’s rhythmic and bold sound and focus on the use of bold shapes, hand-drawn lines and colors. „I’ve always been a fan of colorful art and murals, especially from the late 80s and early 90s,“ says the band’s producer, Ben Plant. “As a child, they inspired and inspired me every time I passed them. That left a lasting impact on me into adulthood, a desire for color and the extraordinary among the everyday colors of the suburbs or the gray of the city of Melbourne. „The shapes is a collection of works of art that aims to

The band is coming back to Switzerland for the first time since 2011 and we look forward to welcoming them to us!