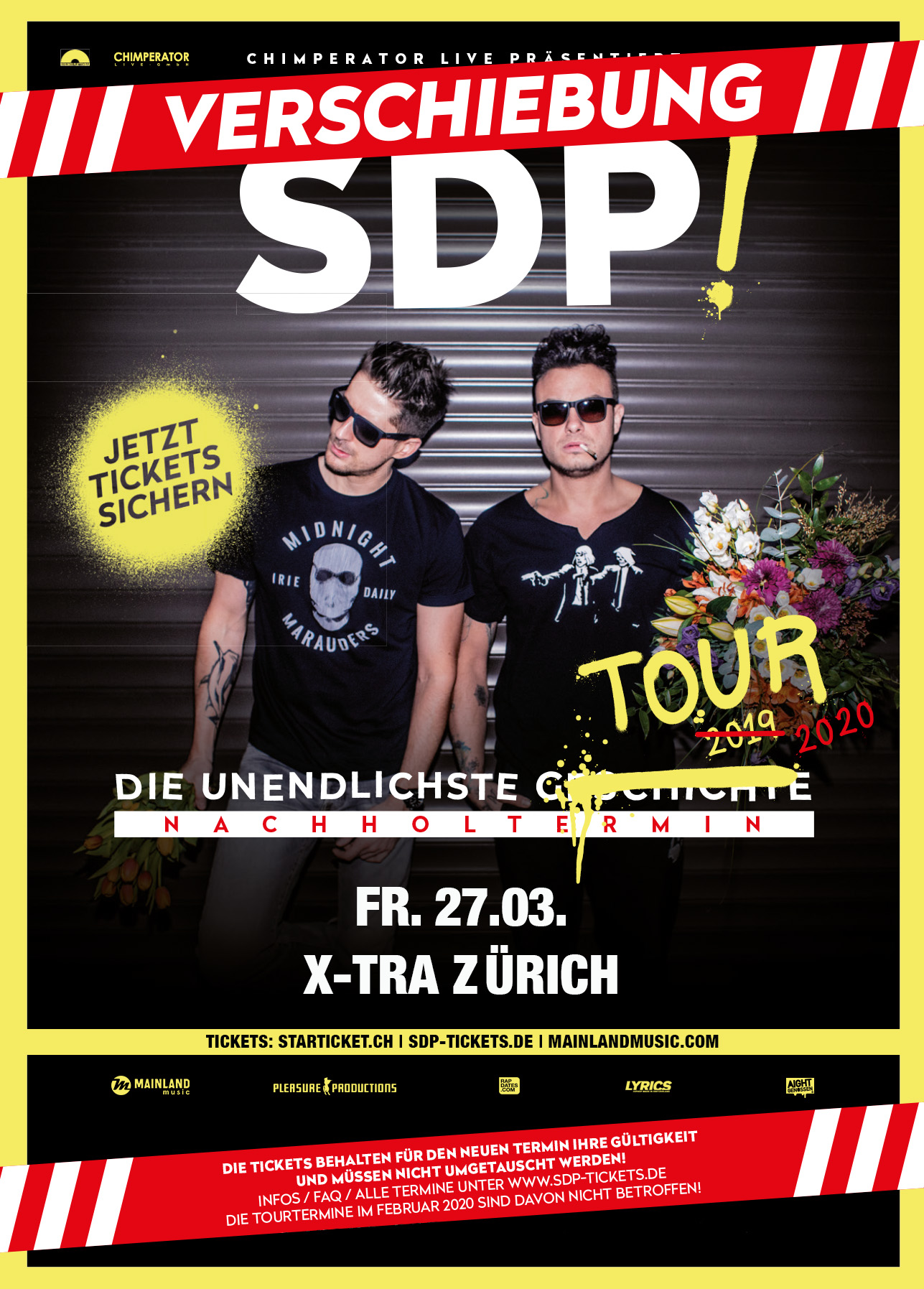 A total of more than 130,000 fans made a pilgrimage to their last tour; the anniversary show in Berlin’s Wuhlheide in August

A total of more than 130,000 fans made a pilgrimage to their last tour; the anniversary show in Berlin’s Wuhlheide in August 2019 with 17,000 visitors was completely sold out after only 20 days. What has been longed for is finally official: SDP will go on tour in 2019 with a new album!

With over 350 million views on YouTube, the countless headliner slots at all major festivals and their status as one of the most successful German bands in the streaming area, it is clear that there is currently only one way at SDP: steep upwards. In the local media landscape, Vincent and Dag remain, partly deliberately, largely under the radar. So the boys – especially in view of the now overwhelming success – more than live up to their title as „The most famous unknown band in the world“.

No wonder that the tension on the album of the West Berlin cult band announced for March 1, 2019 was huge! Also on „Die Unendendste Geschichte“ – the 9th studio album in 20 years of band history – SDP remain true to themselves: „We always try to try new things, both from the themes of the songs, the stylistic mixtures and breaks, but also with regard to the sound of ours Voices. But we still seem to have developed our own style and can’t help but make a real SDP album. „No other German band creates a shameless fusion of genres. The ludicrous musical mix of calm and emotional songs, brightly colored motivational songs and hard rock songs will finally be live again in 2020!