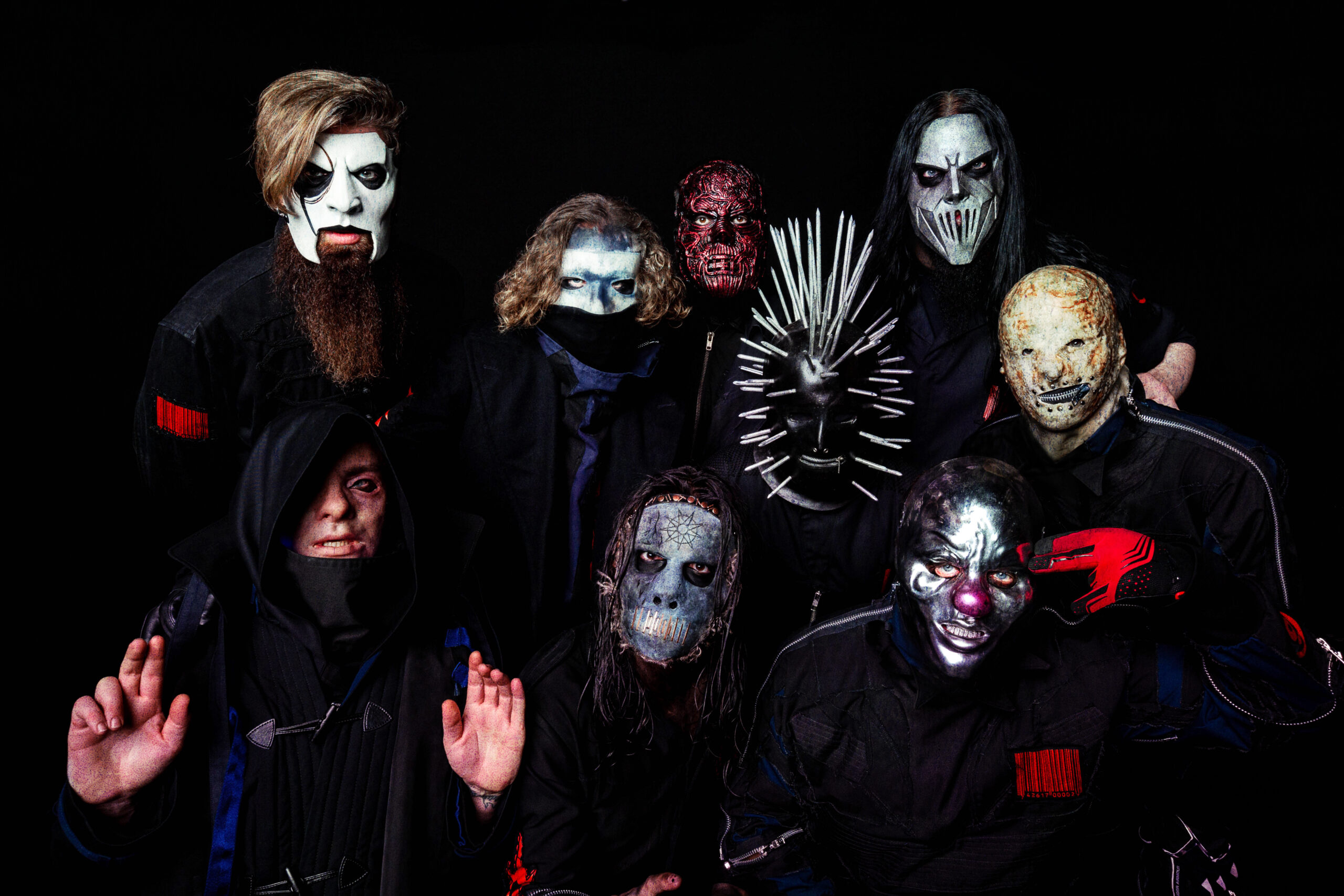 SLIPKNOT emerged at the back end of the 20th Century from America's midwestern town of Des Moines, IA and quickly established themselves as the

SLIPKNOT emerged at the back end of the 20th Century from America’s midwestern town of Des Moines, IA and quickly established themselves as the most enigmatic, provocative and aggressive music collective of the modern era. To date, the band have been nominated for 10 Grammy Awards (winning in 2006 for ‚Before I Forget‘), as well as scoring 13 Platinum and 44 Gold record certifications around the world, and 1.7 billion YouTube views to date. SLIPKNOT’s fanbase is as unwavering as it is ubiquitous the band’s most recent studio album, 2014’s ‚.5: The Gray Chapter‘ debuted Top 5 in the Of ficial Album Charts of 19 countries around the world, including the US (# 1), UK (# 2], Japan (# 1), Australia (# 1), Russia (# 1) & Germany (# 2). „

On Halloween SLIPKNOT surprised fans around the world with the release of their brand new track, „All Out Life.“ Joined by an of ficial music video directed by M. Shawn Crahan, „All Out Life“ made a stunning global impact. The of ficial video has amassed over 13 million views in 2 weeks, trending at # 9 worldwide on YouTube upon release, while the song reached # 3 on the iTunes songs chart and trended worldwide on Twitter.

SLIPKNOT has recently announced details of their long-awaited sixth LP, WE ARE NOT YOUR KIND, which will be released August 9th.