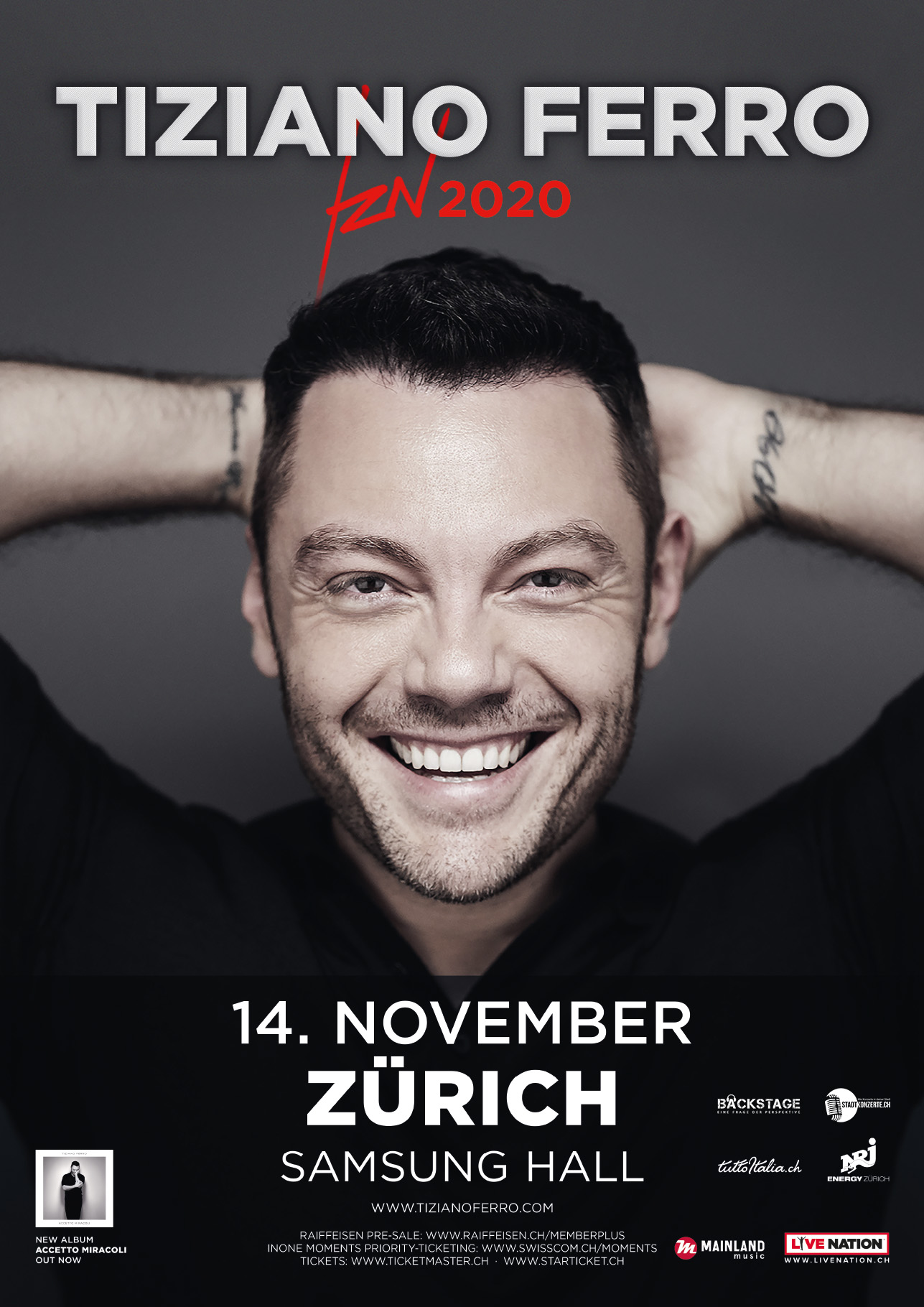 With more than 15 million records sold worldwide, Tiziano Ferro is one of the most successful European pop artists. All albums following

With more than 15 million records sold worldwide, Tiziano Ferro is one of the most successful European pop artists. All albums following his debut, to date, have reached the top of the Italian charts. The most successful work so far was the last release, a compilation of his greatest hits, duets and some new singles under the title „TZN – The Best of Tiziano Ferro“, which was an incredible four years in the Italian hit lists and was awarded a total of eight platinum records has been. On November 22, 2019, his seventh longplayer „Accetto Miracoli“ was released, which was largely supervised by US star producer Timbaland in the studio. The accompanying first single, also the title track of the album, directly entered the top 10 of the Italian charts – it is now his 19th top 10 single in Italy. Following a major arena tour through Italy, Tiziano Ferro will also come to Germany and Switzerland for concerts next year. Between November 14th and December 11th he will be a guest in Zurich, Frankfurt, Munich and Lausanne.

The fact that Tiziano Ferro, who was born and grew up in Latina, would have a great career as a singer was first evident at the age of 16 when he became a member of a gospel choir in his hometown. Soon he took over many solo parts in the choir. However, it was to take five more years before he made his breakthrough as a solo artist: With his debut single „Xdono“, released in 2001, he promptly achieved a major international summer hit that reached the top of the charts in Italy and was top in many other countries 10 placed – including in Germany, Austria and Switzerland. Even this first single had a peculiarity that Tiziano Ferro has consistently pursued to this day: he records each of his songs in both Italian and Spanish, French and English versions of numerous songs are also available. With this multilingual approach,

Success has followed success ever since. In Italy, he placed no fewer than 37 singles on the charts, and Tiziano Ferro was honored with 18 gold and 56 platinum awards for his singles and studio albums. In addition to its multilingualism, it is above all his special style that makes him so successful internationally: In addition to the Italian cantautore – comparable to the French chanson – there are always exciting references and references to the Afro-American music culture between R ‚ n’B in his music, soul and hip-hop. Incidentally, he also completed a degree in translation studies in Mexico, recorded the official anthem of the 2004 Olympic Games in Athens in a duet with Jamelia,

A dream came true for him for his current seventh album: „Accetto Miracoli“ he recorded together with one of his greatest influences, the US producer Timbaland. After all the successes that have already been achieved, this record should become something that he says is the “freshest, most honest and most energetic I have ever done. It was born from the need to bring myself to completely new experiences in situations ”. How brilliantly this record fits into all of his successful work over the past 18 years will be experienced at his concerts in winter 2020 in Zurich, Frankfurt, Munich and Lausanne.