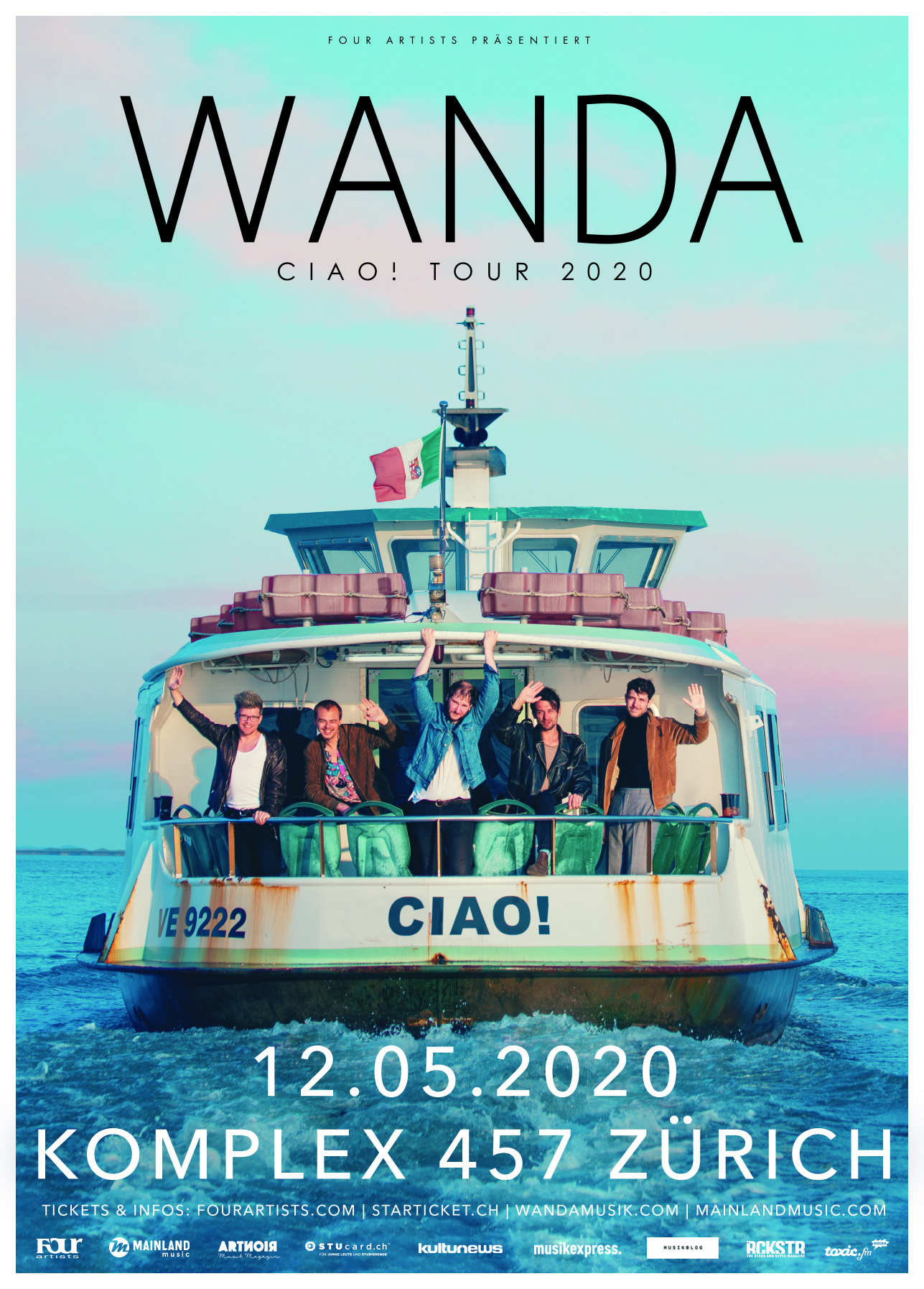 After "Amore", "Bussi" and "Niente" now "Ciao!". Wanda announce album number 4 and the accompanying tour. From the end of

After „Amore“, „Bussi“ and „Niente“ now „Ciao!“. Wanda announce album number 4 and the accompanying tour. From the end of February 2020 Marco Michael Wanda, Christian Immanuel Hummer, Manuel Christoph Poppe, Reinhold Weber and Lukas Hasitschka will be live again in Germany, Austria and Switzerland. They will stop in Zurich on May 12 and play live in complex 457.

On September 6, 2019, the new album by Austrians Wanda will appear, who have single-handedly revolutionized German-language rock’n roll in the past five years. Just so that no misunderstandings arise: „Ciao!“ is of course not a farewell for Wanda. But an invitation to everyone to be part of this next chapter of the band. The record is full of hymns that work quietly and loudly. It is another huge step forward and so versatile, so dense, as fat as none of the bands before it.

The men have already developed their live power for hundreds of thousands of concert visitors in Germany, Austria and Switzerland. Whether in the smallest club, the big hall or open air in front of 100,000 fans like last year in their hometown Vienna – their appearances are epochal. Marco Wanda as tamer of the hearts drives the audience together with the band to more and more ecstasy and amore. When played live, the songs take on a new dimension. With each performance they pour themselves over the audience with ease and certainty and underline the unbroken energy and enthusiasm of the band.