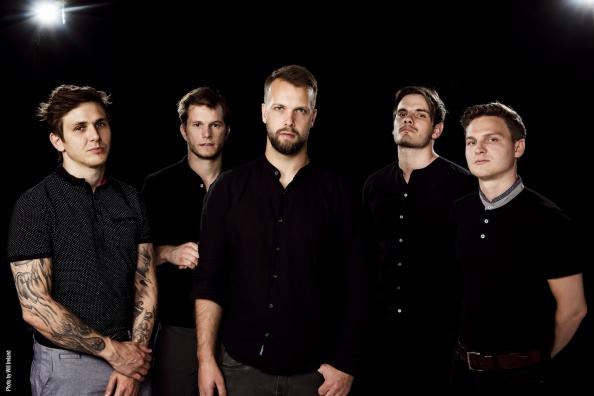 If you think you know what to expect from Leprous, get ready to see your worldview shaken.

If you think you know what to expect from Leprous, get ready to see your worldview shaken. Because «Pitfalls», the sixth studio album by the Norwegian band, cannot be compared to anything they have ever done.

„To be honest, this is the album that nobody expects from us,“ says the clearly proud Einar Solberg. The singer / keyboardist is convinced that it will make everyone rethink their perception of the band, which was founded in 2001 and has made great strides in development on each of their five previous records. „You can feel like you know where all this is going while listening to the first pieces.  But at the end of the album you’re going to sit there wondering what just happened!  »
Solberg and the rest of the band – guitarists Tor Oddmund Suhrke and Robin Ognedal, bass player Simen Børven and drummer Baard Kolstad – believe that this album is a leap into the cold;  and also in fresh, exciting and challenging terrain.

This is undoubtedly the greatest musical awakening Leprous has ever made. It can in no way be called a metal album, because what these musicians have managed to do is to come up with their own sound that makes them unique. Now Leprous has never been a band that cares about genres. It was always about making the music they wanted and then leaving it up to others to label them. But with this album they pushed the process further than before.

„Pitfalls“ is the most personal album Solberg has ever written, because it is about his fight against depression. “Lyrically, that means a lot to me. Because I’m talking about how I’ve dealt with anxiety and depression in the past year and a half. And I’m not talking about it in metaphors. I wrote honestly and straightforwardly so that everyone understands what I’ve been through. »

Solberg believes that „Pitfalls“ represents the leprous philosophy and artistry. It is an album without compromise. The band pursued their vision relentlessly, regardless of the cost and the locations to which it took them. “I can honestly say that“ Pitfalls ”has become the album we wanted and I am proud of what we have achieved. I hope everyone likes it. But the most important thing for me is that I love it. That is all an artist can ask for: to be satisfied with what he has created. »